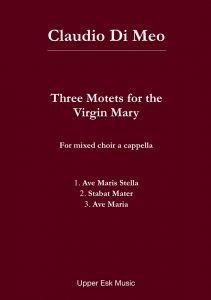 The vesper hymn Ave Maris Stella is frequently used as a prayer for safe-conduct for travellers and it celebrates Mary as the “Star of the sea”, presenting her as a merciful and loving Mother.
The Stabat Mater is a Catholic hymn to Mary, which portrays her suffering as Jesus Christ‘s mother during his crucifixion.
Motherhood is at the core of the Ave Maria – perhaps the best known of all Marian prayers – a traditional Roman Catholic and Eastern Orthodox prayer calling for the intercession of Mary, the mother of Jesus.